‘Opening Doors’ is a new feature for Counterpoint Magazine, a beautifully risograph-printed magazine bringing together independent journalism and illustration. For issue #12 ‘Spaces’ I talked to the organisers of Hidden Door, a DIY arts festival colonising Edinburgh’s abandoned spaces.

The old hospital, the derelict office complex, and the abandoned church around the corner.

These are spaces that might have once harboured a purpose, but whose splendid histories are now entirely forgotten by the world around them. We’ve all passed by buildings like these on our way to work or the gym, and can’t help but imagine what we’d do with the space if we were the ones in charge.

Sometimes it just takes the right idea, patience and a good deal of stubbornness. David Martin knows this all too well. An art teacher and painter by trade, he runs Hidden Door, an Edinburgh-based annual pop-up arts festival that rejuvenates disused or undiscovered spaces with the aid of a tight-knit group of volunteers.

Come August, literally every bar, club, cafe, barn, shop or attic room in Edinburgh becomes part of the colourful, cultural beast that is the Fringe. Hidden Door, however, works a little differently.

Cleverly avoiding the busy season that the city is most famous for, and digging a niche for itself in the early summer months, Martin banks on the idea that people have an appetite for something special they won’t necessarily find in the big festivals. “Edinburgh is pretty, but a wee bit predictable,” he tells me with a smirk on his face. “Hidden Door is like discovering that this nice-but-slightly-safe person you know and love has a secret life.”

But why do pop-up concepts like Hidden Door work so well with people who are not necessarily invested in visual art, music or theatre? “People like immersive experiences”, he says frankly. “They are curious, and enjoy discovering something, and sharing that with pals. There is a sense that it is fleeting, so it’s exciting to catch it while it’s there.”

Besides the novel feeling of exploring previously undiscovered places as a punter, behind the scenes there is also a genuine, collective spirit that extends from performers and artists to the many helping hands. “The enthusiasm, creativity and character that our volunteers bring is infectious – I think the public feel it when they come to the festival. It is that they are part of something exciting and culturally important for Edinburgh,” Hazel Johnson chips in. Martin aside, it’s pretty much impossible to talk about Hidden Door and not mention her name. She has been part of the gang since early on, when the project was just a crazy idea over drinks, and has been the director in charge of each festival site and its transformation ever since.

Yet setting up a DIY festival spaces earmarked for redevelopment doesn’t come free from setbacks, especially if you don’t have major sponsors or funding bodies waiting in line to chip in. “Persuading is the hardest bit. No one really believes it is possible to achieve anything like what we do without throwing huge amounts of money at it, and we don’t have any money, and therefore no power or influence”, Martin tells me. Hence, it takes a whole lot of charm, passion and (most of all) persistence to make up for the lack of huge financial firepower. And it seems as if it’s working out better and better each year.

The element of surprise, – from site-specific visual art, spoken word and theatre to music, film and workshops popping up at places that nobody knew existed or thought impossible to use creatively – has always been a strength of the festival. Hidden Door first popped up on my radar in 2014 when it hit the headlines by taking over the then disused Market Street Vaults, a rough gem of a space just off Edinburgh’s Waverley Station. Over 9 days, the ‘What If…’ mentality always at the heart of Martin’s group of volunteers – each balancing a busy day job, making a living as an artist or studying for a degree – turned the bleak and grotty place into a lively, yet visually challenging arts hub.

In 2015, the team convinced the City Council to allow them to temporarily set up camp in the Old Lighting Depot, a derelict labyrinth of rooms enclosing an overgrown, secret courtyard, tucked away in the shadow of the Edinburgh Castle. The space was initially set for demolition right after the festival came to a close. However, a lengthy delay in planning permissions allowed the collective to return for a final run, drawing more than 10.000 people to its most recent festival incarnation: the Electric City.

“Pop up activity where something more long term isn’t possible can invigorate a place”, Johnson says when our conversation turns to the value of temporary projects and its consequences for a city’s cultural life.

“With Hidden Door we hope to achieve this, but also create something much more long lasting for Edinburgh’s creative community, as projects and collaborations grow from the festival.” Martin takes a similar line, acknowledging the unstoppable and inevitable nature of pop up culture: “It comes from the bottom up and doesn’t rely on institutions, governments or big-business to give it permission. I believe it’s very important to be light on your feet. We can keep searching out new possibilities this way.”

Being compelled to look for new sites also keeps the festival and its content fresh, vibrant and innovative. “The architecture can, and often does shape the entire identity of the festival, as the venue is integral to how we display the artistic content”, Johnson points out. “Many of the artists produce site-specific work and delve deep into the history of the space. At all times, we are aware that many of the spaces have a strong community around them, and we are conscious that we are entering a space that might already mean a lot to many people.”

The legacy and sustainability of public space has always played an important role in picking a venue for Hidden Door, whether it’s been the Market Street Vaults, the Old Lighting Depot, or the Old Leith Theatre, the new venue for 2017’s festival. Once a music venue which hosted legendary acts like AC/DC, Kraftwerk and Thin Lizzy, the community trust that cares for the Theatre has recently launched a fundraising drive to save the building after Hidden Door has finished, spearheaded by Trainspotting author Irvine Welsh.

Besides putting on a showcase of incredible creative talent, creating a platform for, as Martin puts it, “future culture, empowerment of artists and cultural producers”, it’s an opportunity to bring the fate of these forgotten spaces to the public’s awareness.

“Ideally we would hope that Hidden Door’s presence, and example of how the space can have a viable cultural and creative use, can encourage a positive influence when change to the space is already on the cards.” Johnson says. “However, with the Old Leith Theatre our presence is part of a wider regeneration of a derelict building, and it is an exciting opportunity and honour to play a part in bringing the building back to life.”

With the Old Leith Theatre’s fabulous past hopefully secured for the future, that’s one building less to worry about on my walks around the neighbourhood. 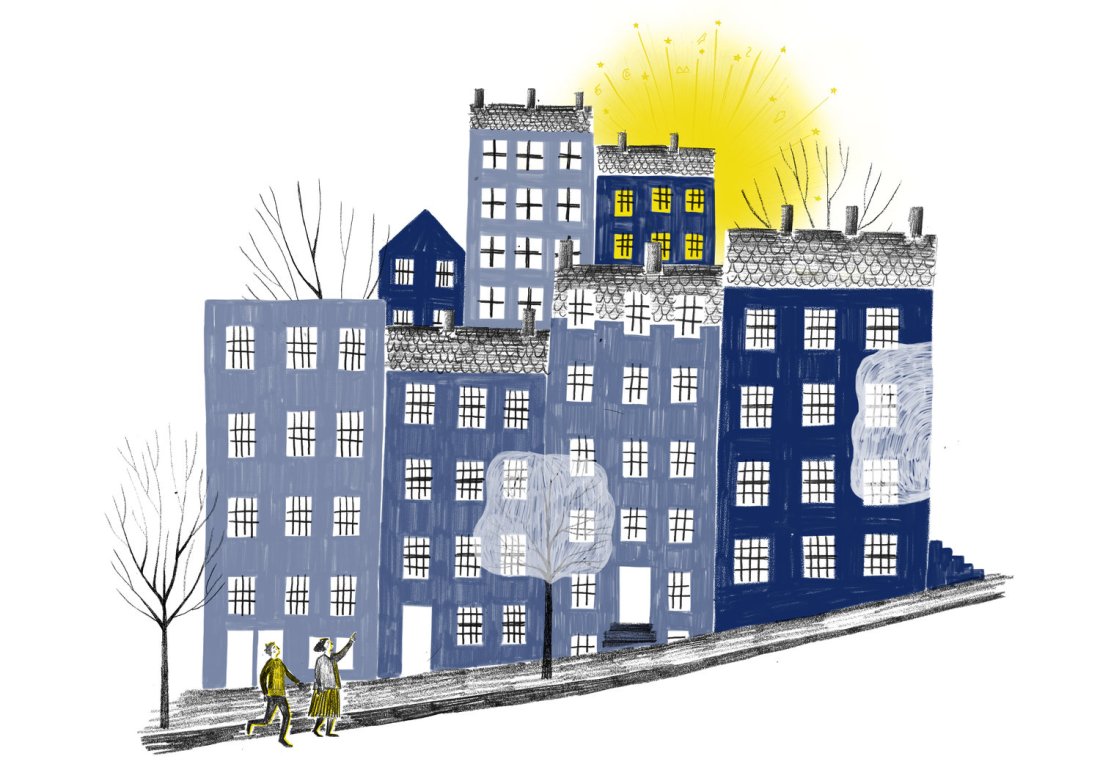 You can buy the magazine over here!